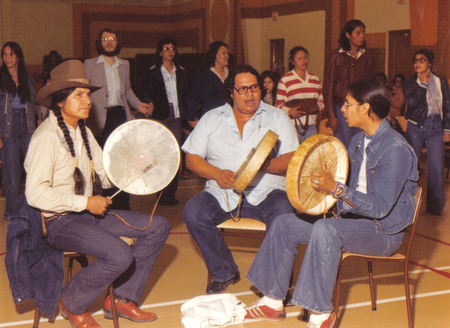 The Indigenous population in Canada is young, growing, and largely urban-based. It is important that we redefine the notion of Indigenous and place. Indigenous people are urban based for many reasons, including the fact that the city is where they were born and raised. Indigenous people also travel between urban centres and their respective home communities. Reasons also include, but are not limited to: 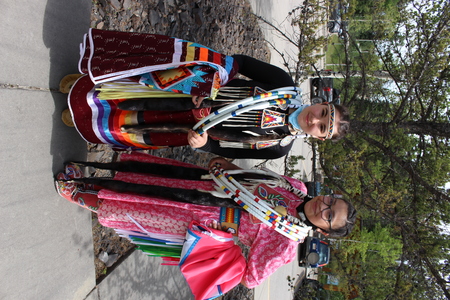 Since July 2020, the National Association of Friendship Centres (NAFC) played an active role as a member of the Missing and Murdered Women, Girls (MMIWG) and 2SLGTBQQIA+ National Action Plan Urban Sub Working Group (USWG), comprised of members from urban Indigenous communities and organizations from all regions of Canada. On June 3, 2021, the 2021 MMIWG and 2SLGBTQQIA+ People National Action Plan: Ending Violence Against Indigenous Women, Girls, and 2SLGBTQQIA+ People was published.

As a member of the USWG, the NAFC was involved in the creation of the urban framework of the National Action Plan entitled, Missing and Murdered Indigenous Women, Girls and 2SLGBTQQIA+ National Action Plan | Urban Path to Reclaiming Power and Place, Regardless of Residency. The framework includes a call to recognize urban Indigenous legitimacy, outlines urban realities, provides a definition of urban Indigenous people, and outlines urban perspectives on the baskets of rights: culture, health and wellness, safety and human security, and justice.

**First Nation, Inuit and Métis people living in small, medium and large communities, including rural, isolated and remote communities, which are: off-reserve; outside of their home community, community of origin or settlement; or outside of **Inuit Nunangat (**Inuit Homelands).

This definition is based on the following interconnected elements which are considered and reflected in our definition of "urban *Indigenous:"

We are calling upon all governments, including **First Nation, Inuit and Métis governments and organizations to accept, respect and apply this definition.